How did a tumultuous and challenging personal life lead Julia Cameron to create one of the most popular approaches to creative fulfillment of all time — and why are its fans so devoted to it?

Many of us around the world are celebrating the end of an old year and the beginning of a new one now – a practice that's lately felt less like a celebration and more like an increasingly superstitious desire to trap all the hardest things about our collective life in the old year and start a new one in a simpler world. While we may not be able to do that, as much as we want to, we can at least decide to start our year with intention and respect to our creative and spiritual values. Whether you're using fire, water, breathing or just a champagne toast to welcome the new year, we're welcoming it with you.

You’ve likely heard of The Artist’s Way, or seen its vintage, anachronistic cover before — maybe in the home of an aunt, a friend, a mentor. It’s one of the best-selling books on creativity of all time, a title that’s achieved the rare crossover status to the mainstream; it brought ideas of creative expression into the homes of average Americans who didn’t think of themselves as artists. It’s sold over four million copies since its publication in 1992, with dozens of celebrities and public figures sharing the impact it’s had on them. Its is a serene one — devotees say it helped them get in touch with themselves, or lead a more authentic life; it’s discussed in the same tones that someone might share they’ve begun a meditation regimen, or started brewing their own matcha at home.

But The Artists’ Way was borne out of something very different — a crucible of intense struggles with spirituality, addiction, mental health and more. How did a tumultuous and challenging personal life lead Julia Cameron to create one of the most popular approaches to creative fulfillment of all time — and why are its fans so devoted to it?

Here are a few of the things readers - even former skeptics - have said about the book and its creativity program for readers:

“If I could, I would request an edition of “The Artist’s Way” that speaks to twentysomethings, who’ve grown up online and then entered the so-called freelance economy, wherein workers are more likely to cobble together a piecemeal career of diverse gigs than secure nine-to-five jobs with benefits and opportunities for growth. In this economy, we’re encouraged to think of units of time in dollar amounts, and to come up with inventive—creative, even—ways to monetize every last fledgling skill we possess.” - (x)

“In short, Julia put me back in touch with my inner child, which might sound kind of woo-woo to you, but if you think about it longer, it makes complete sense. What is adulthood if not the process of forgetting and then trying to remember who you were to begin with?” (x)

“Indeed, if you do what her book asks, there’s a solid chance it’ll make you more creative — much of what she came to through personal trial and error (solitary reflection, trying new things, stream-of-consciousness self-expression) has since been scientifically proved to help instigate creativity in multiple studies.” — (x)

But The Artist’s Way didn’t come out of studies or scientific research — at least, not in the traditional sense. It came from her own experience — as she told The Cut, “Everything I teach is based on my own experiences. I’m my own laboratory.” In the 1970s, Julia Cameron was living a lifestyle that most of us wouldn’t imagine being conducive to creativity: she was a single mother divorced from a famous Hollywood director, struggling with a drinking problem, and the films she was creating weren’t being received well.

“Back then, she was best known as the lush whom Martin Scorsese left for Liza Minnelli, the hotshot writer who swore like a sailor and matched Hunter S. Thompson drink-for-drink…. Back then, no one knew of Cameron's own struggles, the nervous breakdowns that got progressively worse and the traumatic episodes so severe she found herself talking to trees in a London park and darting naked down her driveway in Taos, N.M.”

As she worked on getting sober and treating her mental illness, Cameron found that she needed to find new creative processes — “When I gave up alcohol… I needed a way to write without a drink.” It led her to DIY what she called “creative recovery,” a way to unblock creativity by healing your relationship with self. She posted a newspaper ad offering classes on “creative unblocking,” and soon the in-person classes outgrew her apartment and took on a life of her own. Cameron initially self-published a guide to her process with Xeroxed pages of her ideas, but was taken on by a literary agent when it picked up speed on its own. It became wildly popular as word of the book spread — “Cameron cites church groups and Jungian therapists as key proselytizers” — and the resulting fame has made Cameron and her work  “something close to a patron saint of our contemporary obsession with creativity.”

If Cameron is a patron saint, what does it look like to walk her path? Somewhat famously, The Artist’s Way only has two major practices at its core: morning pages and “artist dates.” Morning pages are perhaps the most well-known element of the book, what Cameron calls the “bedrock tool of creative recovery: “three pages of longhand, stream of consciousness writing, done first thing in the morning.” That’s it. That’s the whole thing! There’s no wrong way to do them, says Cameron; they’re stream of consciousness writing, intended to “provoke, clarify, comfort, cajole, prioritize and synchronize the day at hand.” Artist dates are similarly straightforward: they’re “once-weekly, festive, solo expedition to explore something that interests you” — genuinely just an intentional way to have fun and spend time with yourself, designed to “feed our creative work by replenishing our inner well of images and inspiration.”

These suggestions are so simple — many of us could probably come up with the ideas of journaling or taking ourselves out to museums on our own. So why has practicing them in this combination and at Cameron’s behest been so successful for so many people? Cameron’s 12-week program, outlined in the book, does include more infrastructure for self-work, developing the internal skills and states needed for creative success. Chapters include “recovering a sense of abundance” and “recovering a sense of safety.” Similarly, they contain suggestions for small, even symbolic acts to work on these senses. Swan Huntley at Catapult describes an exercise from the chapter on recovering a sense of self-protection:

In this chapter, Julia reminds us of what she suggested we write on a Post-it Note a few weeks earlier: “Treating myself like a precious object will make me strong.” This Post-it is stuck above my desk as we speak. Every time I see it, I think, Oh yeah, I am not a soldier. I am a precious object. Like a lot of suggestions in The Artist’s Way, this one seemed silly. And then I did it. And it was a revelation.

Creative soundbites for your week

🎵 Is the Mozart Effect real?

🎨 Chicago artist Christina Ramberg on the fetish of female beauty

🤖 Molly Crabapple on the risks of AI in art

Born in Lahore, Pakistan, Salman Toor now lives and makes art in New York City. “In a childhood that was otherwise filled with strange looks from elders and bullies at school, drawing was a way of inhabiting and claiming the empowerment and sensuality of my imaginary subjects,” he says in Galerie Magazine. 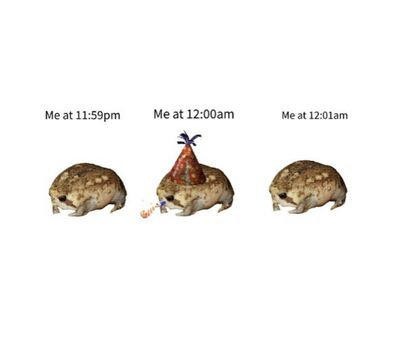 
How Innovation in Craft Leads to Timeless Art 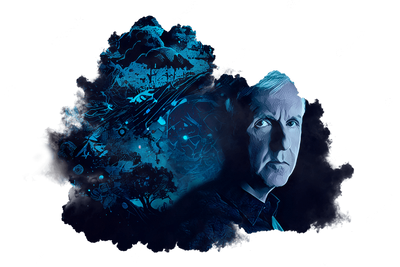